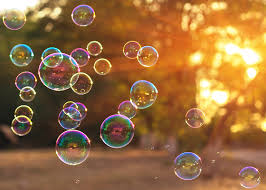 CIG Asset Management Update August 2020: A Reminiscence of a Bubble Past

The S&P 500 recorded its best August return since 1986, up +7%. The S&P5, the so called FAAMG stocks, provided a majority of the S&P return for the month[i]. Developed market stocks, excluding the U.S., as measured by the MSCI EAFE Index, rose 4.9% and the MSCI Emerging Markets Index gained 2.1%[ii]. Domestic fixed income measured by the Bloomberg Barclays Aggregate, was down -0.8%[iii]. The trade-weighted U.S. dollar index continued its decline, falling an additional -1.3% in August[iv].

As we have pointed out in previous letters, stock market valuation had already reached lofty levels as measured by overall stock market capitalization versus the size of the economy (market cap/GDP). In July, we reached 171%, eclipsing the level of the Dotcom boom in March of 2000, and it has continued to grow to 178% as of this writing[v]. A perhaps more relatable valuation metric has also reached record highs: The forward price to earnings multiple on the S&P 500 is above 26, the same level reached in March 2000. March 2000 was also the peak of the market[vi].

We have vivid recollections of the Dotcom boom and the following bust from 1999 to 2002. Strangely enough, we are currently seeing many other similarities to that era 20 years ago. In addition to comparable record market valuations as illustrated to the right, we have talked at length about the lack of breadth in the market, that a very few number of stocks are providing most of the returns for the indices. This also occurred during the Dotcom bubble. Twenty years ago it was, similar to today, technology providing the majority of the returns.

Additional events in August remind us of that era 20 years ago. During the Dotcom boom, companies would add “.com” to their name to significantly boost their stock return and participate in the bubble. Yes, it really happened and we lived through it. Three professors from the University of Purdue published a study, “A Rose.com by Any Other Name” in the December 2001 issue of The Journal of Finance, that showed company managements could increase their stock price by about 74% in the 10 days after announcing that they were adding “.com” to their name! Imagine our sense of déjà vu when Walmart announced on August 27 that it was teaming up with Microsoft to bid for TikTok, a social media platform. Walmart stock gained +4.5% on this announcement. Less than one week later on September 1, Walmart gained an additional +6% as it announced it will launch a membership program similar to Amazon Prime later in the month[vii]. Walmart has traditionally been viewed as an old-school brick and mortar retailer. It appears they are trying to change that perception.

Another phenomenon during the Dotcom bubble was to split your stock into more shares, which in many cases helped to drive the price higher. Apple announced a 4-for-1 stock split on 7/30/2020. Tesla announced a 5-for-1 stock split on 8/11/2020. From the announcement of each stock split to August 31, Apple gained +34% and Tesla gained +81%[viii]. These high gains were in spite of the fact that a stock split simply lowers the price for a share of the company’s stock. A split does not add any economic value to the underlying company and investors can already buy fractional shares through many trading platforms. Ask yourself the following question: Would you like your pizza cut into 8 slices or 16? No matter how many slices you decide to cut the pizza into, you still have the same total amount. If non-value-additive stock splits and acquiring social media properties like TikTok juice your stock price, more company managements may likely be considering doing the same, but we would not rely on that as an investment strategy.

Just a couple of other similarities:

Where do we go from here? As of August 31, 20 of 22 prominent Wall Street strategists have a year-end 2020 price target for the S&P 500 at or below the closing price of the index[xii]. Valuations did not matter during the Dotcom bubble of 1999 – 2000 until suddenly they did, after Labor Day 2000. Then the narratives about the market and specific “darling” stocks that everyone believed that everyone believed broke. It took two years for the market to reach bottom after the bubble burst. The S&P 500 lost 50% and the NASDAQ lost 78% from the March 2000 peak to the October 2002 low[xiii].

To paraphrase the great Yogi Berra, it’s tough to make predictions, especially about the future – of what very well may be the largest financial bubble of all times. That said, market conditions are likely continue to be volatile for some time. Volatility usually means that we are nearing an inflection point. We feel strongly that having our safety nets up,  bracing for some potential steep air-pockets, and refraining from speculation in the hyper-valued growth stocks that we are seeing like Apple and Tesla, is the correct way to be positioned as we wait for the inflection to present new opportunities. Historically, outsized returns in out-of-favor areas can appear swiftly and dramatically. If such a move occurs from growth to areas such as value, dividends and small caps, we are already invested there. At the same time, we have a plan if the markets and the economy do get better, likely leading to the bubble marching on.

[i] Calculated from data obtained from Yahoo Finance, as of August 31, 2020

[iii] Calculated from data obtained from Bloomberg, as of August 31, 2020

[iv] Calculated from data obtained from Yahoo Finance, as of August 31, 2020

[v] https://www.gurufocus.com/stock-market-valuations.php as of September 14, 2020

[vii] Calculated from data obtained from Yahoo Finance, as of September 3, 2020

[viii] Calculated from data obtained from Yahoo Finance, as of August 31, 2020

[xiii] Calculated from data obtained from Yahoo Finance, as of August 31, 2020

May 13, 2020by CIG Capital AdvisorsAsset Management

Equity markets embarked on their own version of the much hoped-for “v” shaped economic recovery during the month of April, even as economic data continued to record nasty numbers. The S&P 500(1) gained +12.7%, recovering much of the prior month’s losses. Outside of the U.S., the MSCI EAFE net(2) was up +6.5% and the MSCI Emerging Markets Index was up +9.2%(2). Within fixed income, the Barclays U.S. Aggregate Total Return Index (3) returned +1.8% and the Barclays U.S. High Yield Index(3) increased +4.5% for the month.

In April, there was a continued tug-of-war between economic reality and hopes that the worst of the pandemic may be behind us:

On Friday, April 3, it was reported that the March unemployment rate rose to 4.4%, the highest since August 2017.(4) Over the following weekend, many anecdotal news stories came out, spreading hope that COVID-19 was peaking. The ensuing Monday, April 8, the S&P 500 was up +7.03% for the day(5).

The weekly unemployment report on April 9 showed another 6.6 million in weekly claims(6), only to be quickly forgotten about as the Federal Reserve issued a statement within seconds of the Department of Labor release. The Fed announced a $2.3 trillion relief package including the Main Street Lending Program, to lend money to mid-sized businesses, and a municipal and corporate bond buying program.  This latest Fed action put them far past anything they attempted during the 2008 Great Financial Crisis.

The April 16 weekly unemployment claims were 5.2 million(6), and the following day, a report that Remdesivir, an anti-viral drug may help treat symptoms of COVID-19, was made public.

Then on April 21, West Texas Intermediate oil futures settled at a negative number – never before had that happened! The following day, President Trump tweeted that we could shoot Iran boats down in the Persian Gulf, and of course, the oil and the stock markets rallied.

On April 23, weekly unemployment claims totaled 4.4 million(6). The following day, April 24, President Trump said that Apple CEO Tim Cook told him in a private conversation that he believes there will be a “v” shaped economic recovery, and markets moved higher.

As can be clearly seen in the above timeline, every extremely negative economic statistic that was reported in April was met soon after by either a Federal Reserve announcement, a Trump tweet or positive news stories about pandemic hopes.

No rallies are more violent than bear market rallies and seeing April produce one of the most forceful rallies in decades fits that playbook. We would argue that the markets just followed a historic playbook given historic interventions on the monetary and fiscal fronts. Warren Buffett indicated at his May shareholders’ meeting that he’s not finding places of value to invest and has announced the selling of all airline shares with the view that the impacts of the recent crisis will not magically disappear but will take time to filter through the system.

In the meantime, what is driving the performance of the S&P 500 Index? To oversimplify, it comes down to five companies; Facebook (FB), Amazon (AMZN), Apple (AAPL), Microsoft (MSFT) and Alphabet (GOOGL). The acronym that most on Wall Street use is FAAMG. Year-to-date through April 30, the FAAMG stocks are up an average of +10% versus the other 495 companies in the S&P 500 down -13%(7).

The performance spread between the FAAMG stocks and rest of the S&P 500 will most likely narrow over time. The lagging 495 stocks could begin to catch up with the leaders, FAAMG could start underperforming, or a combination of the two.

We have mentioned before that it’s not possible to forecast the path of the pandemic. In contrast to the above, states reopening and the massive Federal stimulus have already produced “green shoots” suggesting that the economy could begin to recover.  Starbucks announced on May 5 they planned to open 85% of its locations by the end of the week, with contactless pickup and cashless payments. Simon Properties, the country’s largest shopping mall operator, announced it would open malls as states allow it. Recent activity on the Apple map app is showing signs that driving activity is starting to rebound. We would especially like to strike an optimistic tone on that last point.

Here at CIG we continue to be proactive and nimble as we see how long this bear market rally and tug-of-war can continue.